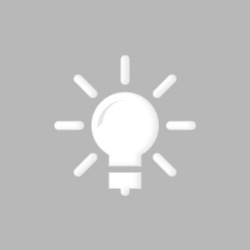 Year after year, Transparency International's Corruption Perception Index ranks Africa Region as the region facing the most serious and ongoing corruption challenges globally. In fact, 70% of African countries fall into the bottom half of the TI's CPI Global Ranking List, indicating the prevalence of chronic challenges in fighting corruption. These results are confirmed by various indicators and rankings by other organizations, including the WBG's Country Policy & Institutional Assessments (CPIAs). The CPIA measures aid effectiveness prospects by measuring institutional effectiveness of overall governance systems. The WBG CPIA ratings are used to identify countries that meet criteria for classification as fragile, conflict/violence-affected (FCV). The 2019, according to the CPIA ratings, 36 countries are classified by the WBG as FCV, about 50% of these are African.

Despite millions in technical assistance to Africa each year dedicated to programs to reduce corruption, a Report by the African Union on Illicit Financial Flows in Africa (Mbeki Report, 2015) and a myriad of pledges by African leaders each year committing to address corruption, very little real progress is evident. No one doubts that the intentions of those dedicated to fight corruption or support the efforts of officials who are doing so, but the persistence and intractability of these issues indicate that we are ignoring certain critical foundations on which real progress depends that may produce more impactful and transformational outcomes.

What are we missing?

Effectively fighting corruption in any country depends on strong rule-of-law foundations, as reducing corruption risks, and measures to effectively deal with acts of corruption must be done in ways that are fair, equitable and based in recognized principles of due process of law. It is often assumed by donors and development partners that support country efforts to fight corruption, that all officials, courts and citizens have effective access to the official and reliably updated laws and regulations of a country. This is not the case in most countries in Africa, where an official compilation of laws and regulations is not effectively accessible.  This undermines not only the fight against corruption (which requires access to many different laws, administrative laws, criminal laws, codes of conduct, directives, etc), but also undermines the ability of any government to effectively govern on the basis of rule-of-law based principles, in order to implement and enforce laws fairly and equitably, across all regulatory sectors and in criminal processes.

Additionally, when citizens lack effective and reliable access to the laws of a country, they cannot hold officials accountable for corruption, mismanagement, abuse of power and other inappropriate activities.  When donors & development partners support efforts to fight corruption, there are many discussions around principles of transparency, but until these principles are legally enforceable obligations of officials, when officials fail to publicly disclose information or data, and no law is violated.  If failure by an official to publicly disclose information does violate a law, when the provision violated cannot be found by anyone, it is difficult to hold the official accountable, as CSOs/NGOs and citizens lack the most important tools they need.  find the official and reliably updated versions of the laws.

Does the concept of rule-of-law based governance exist in a country where officials, courts and citizens lack effective access to the laws/regulations?  Put another way, aren’t countries that fail to provide effective access to reliably updated and official versions of all laws/regulations as a basic state service, actually institutionalizing corruption?  UNCAC requires countries to implement effective anti-corruption policies and systems, but if officials, courts and citizens who need to use the laws/regulations to fight corruption cannot find them, how can compliance with UNCAC requirements be implemented or effective?  It is no accident that in African countries where effective access to laws/regulations is lacking, ministries and regulatory agencies do not have a dedicated agency lawyer (or legal dept), which most countries consider critical to ensure that the actions and decisions of all ministries & agencies conform with the laws & regulations adopted through the legislative process.

In any country, the fight against corruption depends on the existence of many inter-linking laws, (ie., laws/regulations on preventive measures, as well as general administrative laws, criminal laws and the civil and criminal procedure codes). Preventive measures are the laws & regulations that support prevention and detection systems which help to identity and deter illegal activities by persons, entities and officials. These include AML/CFT laws, laws on asset disclosure systems, laws prohibiting conflicts of interest, laws requiring public disclosure of government information/data, and various other laws supporting ethical and integrity standards of public officials. Once illicit activity is suspected, this myriad of various laws come into play, and all must be effectively accessible in the most updated and official versions to hold officials accountable for corruption.

The existence of laws and regulations isn't enough. Officials, courts and citizens need to be able to access them, to use them. Therefore, and it is critical for governments to provide free public access to updated and reliably official laws for all officials, courts and citizens. When effective access to reliably updated, codified and official versions of all of the laws/regulations of a country is lacking, rule of law-based governance is fundamentally undermined, including and especially the fight against corruption. It impedes the ability of integrity agencies and citizens to uphold ethical standards in government and hold corrupt officials accountable, as well as the ability of judges to ensure they are applying the correct law/regulations (correct and official version) in all court judgments. Additionally, when laws/regulations which set forth clear obligations and prohibitions of government officials are easily accessible to all, this will provide a significant deterrent effect which make acts of corruption riskier for all officials.  This is lacking in most African countries.

When the reliably updated and official compilation of laws and regulations is not easily accessible to all on a single public database that is reasonably searchable, searching for laws requires searching a myriad of unofficial websites, and in the end it is difficult to be absolutely sure one has found the current and official version of any law or regulation.  When governments depend on others to post laws/regulations on a multitude of unofficial websites, the laws are unreliably updated.  When officials, courts and citizens face these challenges to identify the correct version of any law or regulation, a serious gap in the legal system is created that is easily exploitable by corrupt officials.

These challenges also enable arbitrary and selective application and enforcement of laws/regulations by officials, which perpetuates corruption in all areas of government administration as well as the judiciary.  When courts/judges lack access to an easily searchable, free, reliably updated and official compilation of all laws and regulations the risk of inaccurate court decisions is very high. Further, anyone who seeks to appeal an erroneous court decision faces the same challenges.  Also, donor supported technical assistance programs aimed improving capacity of citizens and civil society are of lower value in countries where free and reliably effective access to official versions of laws/regulations is lacking.

The lack of effective access to laws and regulations perpetuates corruption by undermining: (i) the ability of officials to effectively implement laws that are cross-sector in nature and/or rely on provisions in other laws for effectiveness (for example AML/CFT systems); (ii) predictability in court decisions (and impeding ability of parties to appeal incorrect judicial decisions); and (iii) access by citizens, firms and CSOs to laws to hold officials accountable for inappropriate actions & decisions. Thus, donor-supported technical assistance efforts to fight corruption without addressing this foundational issue is unlikely to produce credible or sustainable results or progress.

In a few African countries (Ghana, South Africa, Kenya and some others) access to searchable databases of laws and regulations is available commercially but requires payment by subscription fee. In many African countries neither officials, judges, citizens nor CSOs have the ability to pay these fees. The result is that laws/regulations are not used to guide behaviors and actions, or as integrity guardrails when they should be. Even where these private sector law database solutions exist, one of the most basic government services owed to citizens should be effective access to the original and official source of all laws and regulations that should be owned and maintained by the government. It should be publicly accessible for free to ensure access by those who cannot pay subscription fees. Where this is lacking, central governments and regulatory agencies operate largely without reference to laws or regulations, especially when convenient for officials seeking to advance personal or private gains rather than those of the state.

This problem goes largely unacknowledged and rather invisible to the donor community yet is likely among the most significant drivers of corruption. Any government genuinely seeking to fight corruption, which does not provide effective access to the official, reliably updated and codified version of all laws/regulations, is lacking the requisite foundations upon which credible and sustainable progress to fight corruption can be made.

Hence, we propose to develop and pilot a simple and cost-effective IT system that can serve as the official source of laws and regulations. It will be publicly accessible for free, owned and operated by the appropriate agency, sufficiently user-friendly and reasonably searchable. Pilot projects will be implemented in 2-3 selected African countries, which, if successful, are likely to attract further support of donors & development partners, as well as other African for replication. Team members have expertise in various legal systems that operate in Africa (See Attachment, Figure 1, Philip Wood's Key Map of Jurisdictions), ie., civil law, common law, Islamic law, Napoleonic code, Roman-Germanic, etc.