Back to List
This Proposal is hidden. Change Visibility
Go to Team Workspace
Joining the dots with PEPs: cross-matching BO and FD data to identify red flags
(D361) 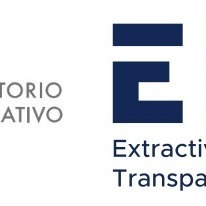 EITI and Directorio Legislativo propose partnering to leverage the strong synergy that exists between our shortlisted submissions. This complementarity is rooted in several factors:

(i) EITI's proposal is dependent on robust and systematized Financial Disclosure (FD) information to effectively trial its proposed system for cross-checking Beneficial Ownership (BO) information. Consequently, Directorio's plan     to design an innovative data cross-referencing digital solution would markedly improve access to reliable and     high-quality FD data, enhancing the cross-checked results between both data sets
(ii) Directorio's preference to work in Colombia. Colombia has been a front-runner in Latin America in       transparency in extractives governance and so is well-suited to the piloting of the proposed EITI system. Also,       Colombia has in recent months introduced new rules and regulations to enhance public access to disclosure data,       suggesting the government and other relevant public bodies would be receptive to an initiative of this kind.
(iii) Directorio and EITI's intention to crossmatch data with other systems. Particularly Directorio is interested in     crossing its disclosure data with Project OCEANO. This is a lauded anti-corruption initiative run by the Office of     the Comptroller General that maps public contracting data in Colombia. OCEANO could also be a strong strategic     ally for EITI in acquiring the extractives BO data to cross-reference with the FD disclosures, and which Colombia,     as an EITI member, is obliged to publish since the beginning of 2020. OCEANO, it should be stressed, has itself     applied under this IMF Challenge, albeit unsuccessfully. This clearly signals its interest in becoming involved. Based on this, we have spoken with the team from OCEANO, and we're currently working on getting the formal approval from the Comptroller General regarding their possible involvement on the pilot.
(iv) Lastly, Directorio and EITI have good existing links. Directorio is the CSO lead on EITI's Multi-Stakeholder     Forum in Argentina and has a strong record in promoting and supporting adherence to the EITI Standard regionally.

License and contract allocations in the extractive sector are a high-risk area for corruption. Other similar activities of public administration, such as procurement, also represent areas particularly prone to possible conflicts of interest, influence peddling and other acts that can lead to corruption. For an industry that yields significant revenues such as the extractives, the anonymous nature of company ownership is particularly problematic, as it can spur corruption, tax evasion and money laundering. That is why, starting 1 January 2020, the EITI Standard requires all EITI implementing countries to publicly identify any politically exposed persons (PEP) holding ownership in oil, gas and/or mining projects.

Collecting and analysing information related to all parties, public and private, involved in license and contract allocation processes can produce a map of existing connections, which could be used to generate warnings before a license or contract is granted, in a situation that is at high risk of corruption. To inform and enable interventions before suspicious deals take place, we propose to design and implement a cross-check and red flag system: "Joining the dots with PEPs: using beneficial ownership transparency and financial disclosure systems to identify red flags in the extractive sector".

Through "Joining the dots with PEPs" Directorio and EITI intend to create a system that (i) cross-checks the existing information gathered on PEPs through the FD of public officials (FD) with information from the BO disclosures, (ii) analyses the data points collected based on a number of parameters, and when applicable, (iii) generates red-flags that identify ex-ante possible risks of corruption in the license and contract allocation processes in the extractive sector. This system will detect whether participants in the public bid are relatives or are otherwise connected to the public official(s) in charge of the license/contract allocation, and hence create a warning system regarding the possible lack of impartiality in the decision-making process. At the same time, if there are specific requirements for bidders, such as being a national of the country granting the license/contract, the system could be used to check adherence with these provisions as well.

The information on which this system will be based is that gathered through the BO and FD forms that both, the bidders and the public officials, are obliged to submit. The data will be used for populating the system and could also be complemented by other information available from open sources – which will vary accordingly from country to country. Once the information is collected, the data analysis will be performed, including cross-checks and designing of relational maps. If applicable, the system would generate red flags and notify the license or contract allocating authority.

The goal would be to support country authorities in implementing Requirement 2.5 of the EITI Standard, while also enhancing the effectiveness of their FD system, and contributing to their wider anti-corruption framework. To achieve this, the project would not only build on existing systems, but also develop technical and open data tools (for example, a BO standard declaration form) to facilitate the mapping and cross-checking of the gathered information.

The approach and tools would be piloted in up to two countries, with the intention of identifying possible challenges and lessons learned. On this basis, a broader model that is scalable to other countries would be developed. The piloting of the system in Colombia, which will be one of the target countries, will be done jointly with Directorio Legislativo. The solution proposed by Directorio, described in the next section, can be readily adapted and combined with the approach of EITI. That is to say, it could serve both to support the cross-checking of FD and BO disclosures in an extractives context and as a broader, very valuable corruption indicator for the IMF.

[1] The idea is inspired by the “Prevent” program: an Integrated IT System established by Romania and aimed at preventing conflict of interest in public procurement. This system has enabled the National Integrity Agency (A.N.I.) to early identifying potential conflicts of interest prevent them from taking place before a public procurement contract is awarded.

[2] In Myanmar, for example, gemstone production permits are limited only to Myanmar companies, so checking the nationality of the bidder would be a very useful byproduct of the system.