L
T
No Linked Submissions
Back to List
This Proposal is hidden. Change Visibility
Two-way path to transparency and social participation on Brazilian fiscal data
(D383) 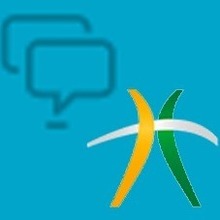 We propose an initiative to deliver fiscal data from more than 5500 Brazilian federative entities (municipalities, states and federal level) through approaches that will translate the technical and restricted vocabulary of public accounting to some broader audiences.

This portal will provide geo-location tools for simple queries and a chatbot that will guide the user in asking questions such as: "How much was spent on education in municipalities with a population of over 100,000 between 2015 and 2017?" . Such query result could be made available through data visualization that could be supported by clustering algorithms or other gathering techniques. Besides data disclosure and infographic generation, we hope to offer the code used to gather the data in R language instruction, in order to show traceability and reproducibility of the data analysis offered. We hope to contribute to better derived work formulation and algorithm transparency to the public.

It is worthwhile to mention that the data generated will follow Open Fiscal Data Package assumptions, allowing interoperability and reuse by other countries, multiplying possible synergies and making the initiative accountable in a broader perspective.

We hope to offer different digital spaces to deliver information for three target audiences: the public as a whole, infomediaries and public managers. Beyond the use of some techniques described before to mine and present data, the platform will provide background material to deliver not only accounting concepts and their relationship to public policies, but also examples of use of data in collaborative construction. knowledge Its objective is not only to offer glossaries and videos and other teaching materials, but also channels for notifications of errors or omissions in the data offered and suggestions for the general improvement of the initiative. In addition to this communication channel, we intend to forge and make visible the production of knowledge and social transformation carried out with public accounting data, mainly with the objective of knowing and expanding the ecosystem that develops around the consumption of budgetary data. In this way, by knowing better the producers and their products, we seek to verify the types of demand. This will give us subsidies to improve future supply of information, the promotion of collaborations, the building of trust.

With these aimed characteristics, this portal can be the starting point where infomediaries gather their information for further research that results in works aligned with social control over fiscal policy. It is still expected to be the digital space where citizens could learn about fiscal dynamics and make their initial discoveries on the subject, thus becoming provocateurs of governments and infomediaries. It also aims to be the place where public managers can learn about the various challenges and results achieved in terms of fiscal policies. Finally, it is understood that this portal can be the instrument that generates inputs for the construction of networks and partnerships between all actors interested in the data offered, thus improving governance on a theme that needs to be transparent and well conducted, under penalty of worsen the living conditions of the populations.

The social participation is expected in a digital space that will make visible the technological, scientific and cultural production made from the data, either by the Brazilian National Treasury Secretariat team itself, or by the different social actors that compose the ecosystem that seeks to take this information to a wider audience. Thus, it is intended to give visibility to this production, the integration of multidisciplinary and multisectoral knowledge collaborating with the establishment of greater trust between government and civil society. In addition to this digital space, it will also be offered a channel for users to be anonymous or not, so that questions or criticism regarding the data offered can reach the competent authorities. Thus, by establishing a two-way street between supply and demand, government transparency and social participation, we will not only have more integrity, less corruption, but also better informed decisions and evidence-based public policy making.

All the requests for data will be used as source for improvements in the human-machine interface, using mainly machine learning resources on such a task. Also, all social participation questions and informations imputed will be recorded in a database. These data will be addressed to the governance processes that are related to the questions arisen by the public.