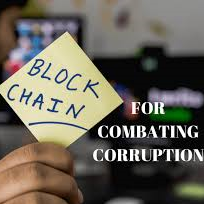 Distributed ledger technologies like Blockchain are increasingly believed to offer value beyond the world of cryptocurrencies and Fintech. As a tool for addressing information asymmetries, Blockchain would strengthen the transparency of fiscal information and thus make governments more accountable for decisions taken.

Blockchain has several distinctive features that make this technology a potent tool to fight against corruption. It provides an unprecedented level of security of the information and the integrity of the records the technology manages, guaranteeing the authenticity of this information. It reduces opportunities for the falsification of records and the risks associated with concentrating the management of data at a single point. It also helps overcome the silos in public entities that are usually reluctant to share information among themselves.

Blockchain provides a transparent and decentralized system to permanently record a sequence of transactions, and can be a closed system or be open for public scrutiny depending on how the technology is implemented. A powerful concept it provides is tokenization, a way of digitally representing value – money, identity, and physical assets as digital tokens, and guarantees integrity of ownership of these tokens. It furthermore allows representation of complex real-world business logic, contractual terms and obligations, regulatory controls, and outcomes through "Smart Contracts". Smart Contracts are programs that are securely deployed on a blockchain and manage transactions on the blockchain. Smart Contracts can be modelled to reflect real-world governance and permission mechanisms.

Thus, a blockchain creates an immutable trail of transactions, allowing for the full traceability of every transaction.

There are three important value applications for Blockchain in combatting government corruption, which have already begun exploring this potential. These applications comprise verifying identity, registering assets, and tracking transactions. Blockchain's decentralized nature and the immutability of its records make it a powerful tool in the fight against illicit trades and money laundering.

The proposed Blockchain solution would connect two databases that already exist in the country. The solution would (i) generate real time information on employment, salaries and incentive payments; (ii) maintain reliable and timely records; and (iii) improve transparency of information, reduce incentives for corruption, and make officials more accountable. It would complement the existing financial management information system (FMIS) and the computerized payroll system (see Annex).

The current proposal would initially cover the Ministry of Economy and Finance, and the Ministry of Public Administration and State Modernization. If, the first phase is successful, it could easily be extended to other ministries and agencies, and could be replicated in other countries facing similar challenges.

The proposal would use Blockchain technology coupled with additional data and analytics, to radically reduce governance vulnerabilities in GNB.

The solution would apply Blockchain technology to integrate public expenditures with public employment information as follows:

2. Follow the employee—by tokenizing approved positions, employee identification, and employment conditions (such as roles, responsibilities, credentials, evidence of public tender process results), it would enable continuous monitoring and reporting of how each approved position is filled and executed;

3. Attach the budget and employee tokens to each other—to verify continuously that both expenditure and employment conditions comply with the payment authorizations;

4. Integrate budget and employment tokens—to monitor and report on how salary/wage/incentive funds are spent on specific positions/employees.

Additional analytics could be added to the Blockchain solution. These tools could include forensic models and predictive analytics to enable continual monitoring and reporting "outside" the proposed solution, in areas such as personnel management, to additionally identify and monitor corrupt behavior.

Further information is as follows:

- The proposed solution would create a single shared record of both employment and expenditure. It would also identify possible discrepancies on existing data on salaries and incentive payments by cross-checking personnel and payroll records from the respective agencies.

o The technology implementation will not replace existing systems and will interface with the existing databases and information systems through APIs and data connectors.

- Reports generated by the system on payments made and irregularities would be submitted periodically to a Committee comprising the Minister of Economy and Finance, the Minister of Public Administration and State Modernization, and the State Secretaries of Treasury and Budget. This committee would have permission to access all relevant data.

- An alert would be created to inform the Committee when a non-regular payment is identified, including information about the beneficiaries. The core of the Blockchain solution rests on the ability to take remedial action when required.

- The above-mentioned reports will also be submitted to GNB's Inspector General of Finances and the Supreme Audit Court. Both the Inspectorate and the Court could be added as nodes on the Blockchain. A permanent, immutable record of transactions would be recorded on the Blockchain, helping to identify irregularities, carry-out inspections and audits, and propose follow-up actions.

- The solution would be designed to continuously track movements of the bank accounts used for the payment of salaries and incentive payments.

Preliminary Step: A Diagnostic of the current IT systems


The key aspect of the feasibility is the current IT systems and processes diagnostic. The diagnostic will assess the quality, structure, and capacity to exchange information of the current systems, and it will take one week. Based on this assessment, we will refine the scope of the proof of concept. To define the proof of concept, we will follow the process described below.

We can complete a proof of concept in 10-12 weeks. A standard approach to designing, proofing, piloting and deploying the our Blockchain solution is described in the following chart.

There are two main challenges for our proposal. First, the proposed solution would require information that is comprehensive, timely, and reliable which will take time to achieve in a fragile state. For this reason, we have included a preliminary diagnostic in the proposal. Second, blockchain adoption amongst all participants as the solution scales internally and externally requires a robust governance mechanism may involve non-technological complexities that need to be accounted for. The government, with IMF collaboration, should take these factors into consideration in the designing the final solution and the sequencing of implementation.